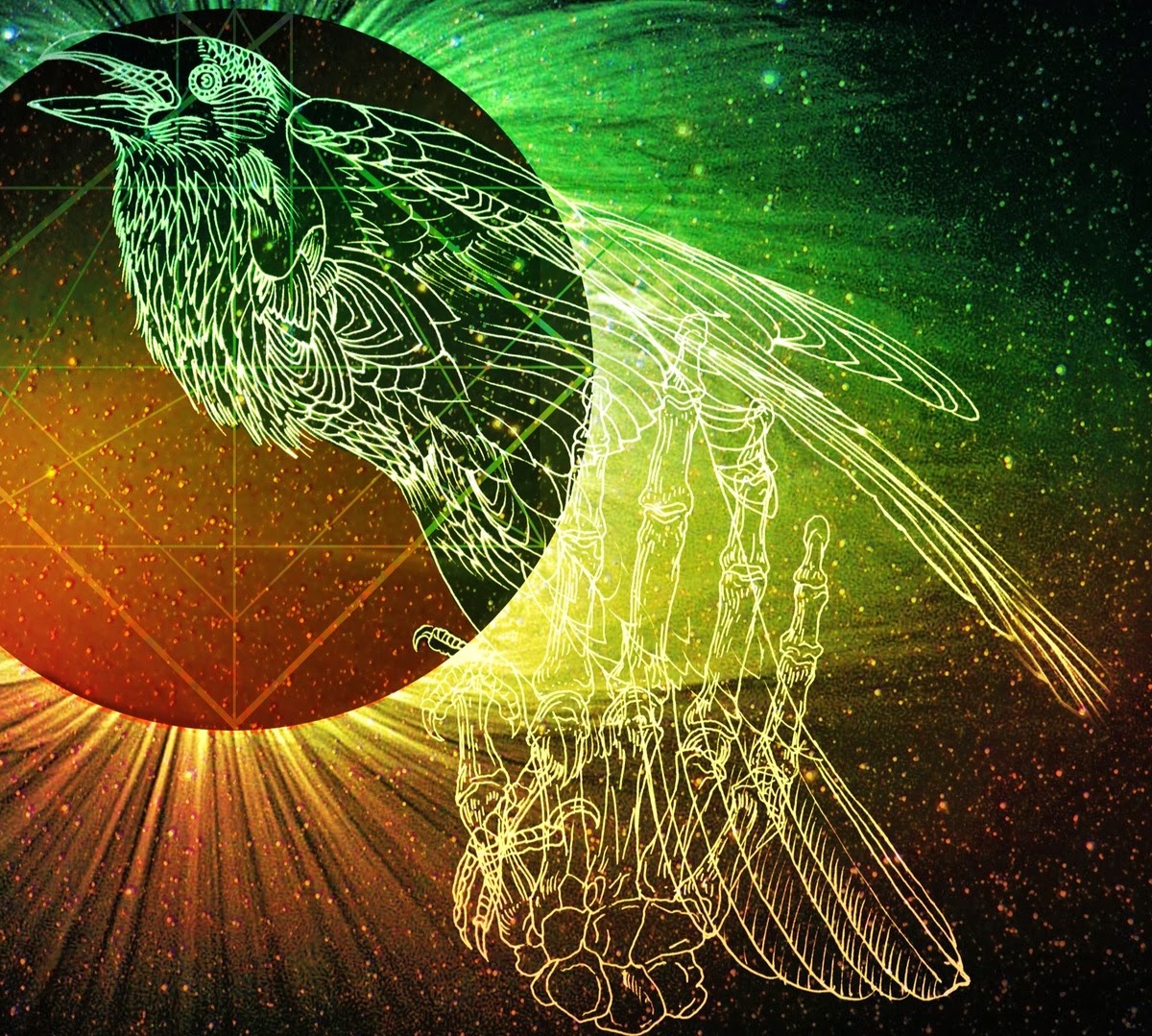 It is amazing how fast 14:26 seconds can go by.  So often I put this album on and go to look at what point in the track a section of the song is on and I am on song two.   With Glaciers, Blue Sky Black Death give us 5 long tracks.  All five tracks are much better than any of the tracks on their Euphoric Tape that also came out this year (but to be fair, there gear had been stolen before that release and it was to raise money for more gear).

Much like Noir, overall Glaciers is an album that is rich with uplifting moments.  All throughout the music sounds like the embodiment of the sound of success after a long struggle.  It is hard to name favorite moments of this album, mainly because of track lengths.  this feels like an intentional thing, as though Blue Sky Black Death were just tired of people having an easy time stealing their beats without at least half-attempting a remix.

That said, the vocals on "IV" may seal the deal.  While there are tons of great moments on this album, those flow throughout the track and just sound great.

While you and me both missed the limited printing of this on vinyl, it was posted Here, so check there for future prints. 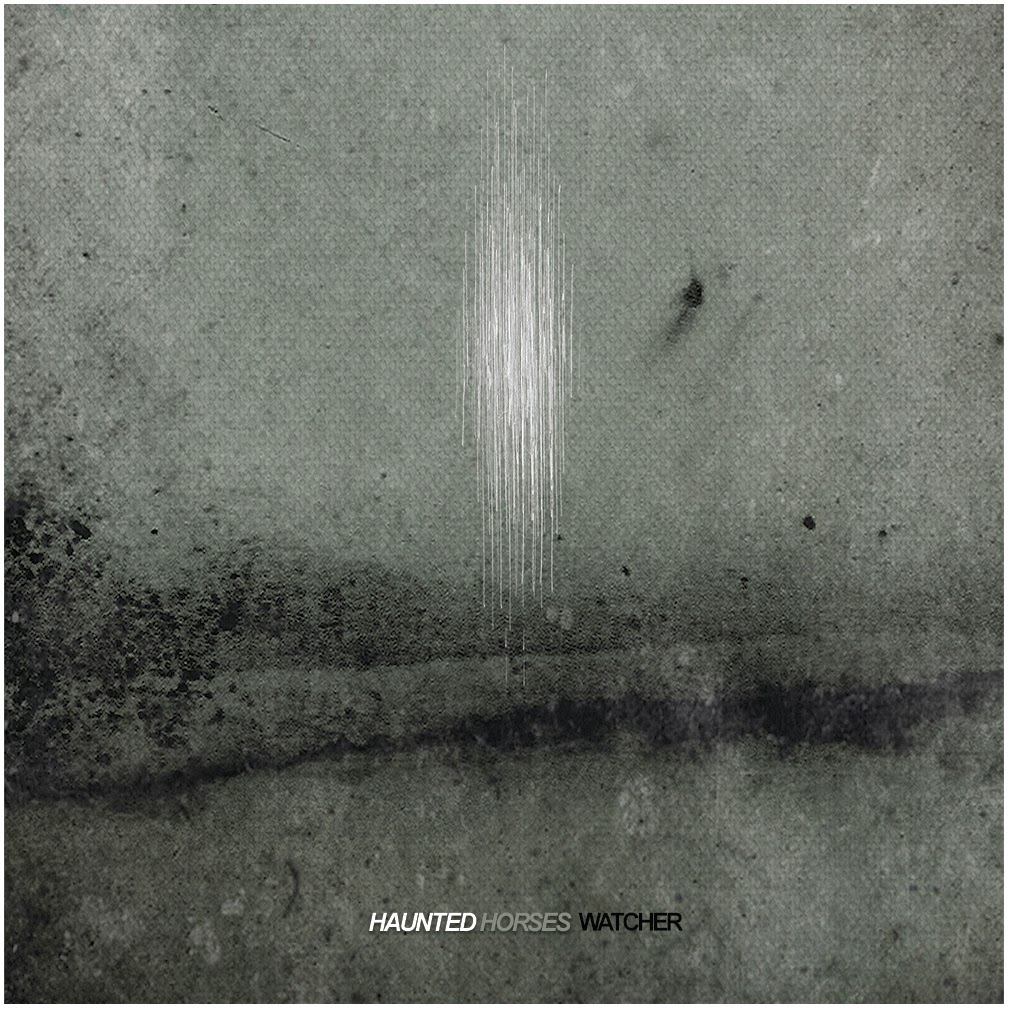 In this year's Top Noise Rock Albums of 2013, I mentioned Haunted Horses' 2011 Pyramids of Glass (which isn't on discogs, but I promise it happened).  I bring it up again because The Watcher really is a perfect refinement of that sound.

For those who haven't heard Haunted Horses, their sound lies some place between Liars' sophomore album and Sisterworld.  It is usually grounded in rock, but layered vocals can bring an art punk sound to the album at times.  It is an album best listened to in the dark, and the type of album where I have a real hard time discussing songs for because I never pay attention to them as I let the album run.

Take a listen to the album Here.  Also, if you aren't still waiting for your next job to start/ behind on your mortgage, take a moment to buy a copy on either cassette or vinyl Here.  I really wish that I owned either, and hope that in a couple months they still have a copy left for me to get.  Feel free to comment and let me know if you got one, if not just to rub it in my face. 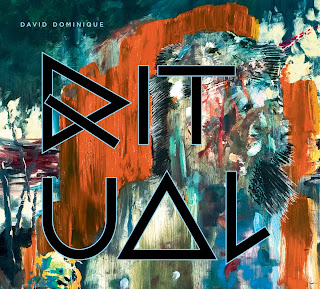 One of the best parts about writing album reviews is that I occasionally get sent albums to review.  A lot of the time they suck and I simply email back that they suck and tell them why.  Sometimes though, you get send a killer, underrated, free jazz album.

David Dominique reached out to me in December asking if I would write up a review of his album (I didn't).  I was going to, then I realized I could just discuss how awesome it was in my top 50 instead, because it definitely belonged on it.

Ritual just has a lot going for it.  Inclusion of the electric guitar in the opening track is great.  Tracks like "Mooey in Paradise 2" have a great pacing to them, filling the sound with a pulsing energy.

While the compositions tend to sound influenced by more traditional jazz ("Golden Retriever" for instance), Dominique's ensemble show on tracks like "Ritual 4/ Release" that they are capable of penetrating, powerful sounds as well.

This album is great, and is one of my top jazz albums of the year.  Seriously, take a minute to listen to it Here and buy it there too. 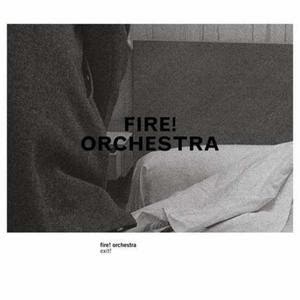 Exit! is often seen being described as the music equivalent of Twin Peaks.  I know I made that connection before even seeing others say it.  This comparison comes from the outlandish vocal parts and their lyrical content ("This is not a tunnel, it's a cave", "Fire stay with me").  Further, the repetitious bass becomes an almost hypnotizing backing to the otherwise chaotic sound of the band.  Finally, if you have seen Twin Peaks you understand the absurd nature and feeling the black lodge has.  This music has a similar fantastic nature to it.

While Gustafsson still plays with that 'swelling' style, overall, he takes a much smaller role in the orchestra that I imagined.  his 'solos' tend to be duets with another brass instrument.

If you enjoyed this album, Fire!'s album from this year was also quite good.  I put this one higher though because Exit! really is a much more ambitious project.

Listen to part one Here, and buy the album on Rune Grammofon (the shipping is a pretty big slam if you live in the states). 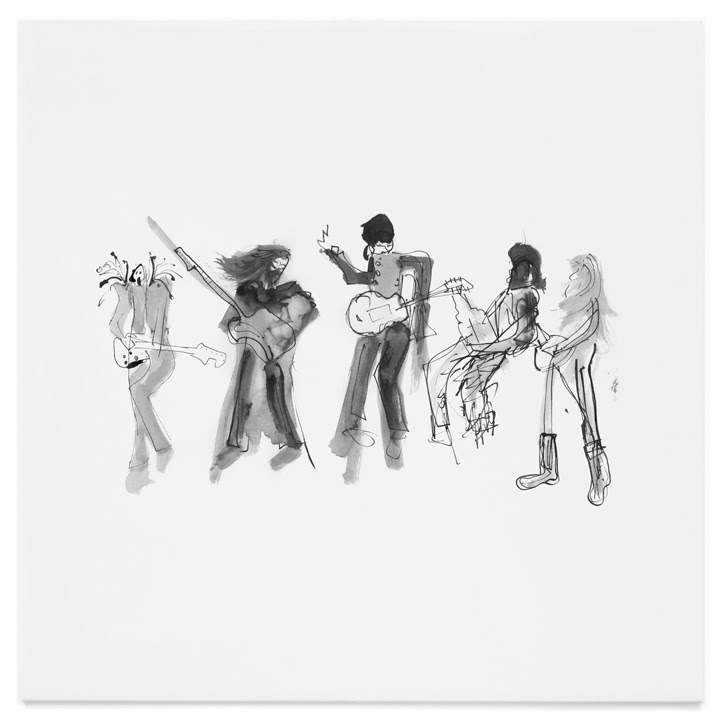 Regardless, this album makes a point to be a noise album without really being a noise album.  while all the sound is really noise, it feels like free-improv (so basically noise, yeah i know).  If you want to try some noise music, but have only sampled Merzbow in the past, you may have better luck with this one.

Preview a track Here, and buy it Here to support Marhaug so he can keep putting out tons of albums each year. 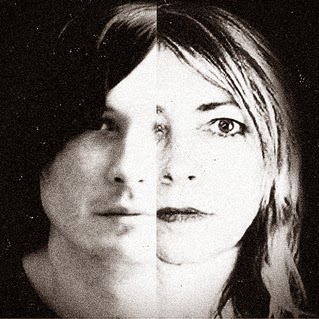 This isnt the most challenging album in the world.  Actually, most of the tracks are easily digested on their own.  But piled on one after another, the tracks that make up this album create quite a beast of a listen for me.  The atmosphere of the album coupled with Kim Gordon's (sonic youth) voice, but I literally feel beat by the time the album is through.

Maybe it is the blasts of guitar placed into an otherwise quiet album.  Some of the guitar solos (can you call those that?  I guess Bill Orcutt would) are truly violent in nature.

Also, Kim's voice is great.  "Murderess" is such a simple track and executed by her so perfectly.

Listen to the first track of this album Here. 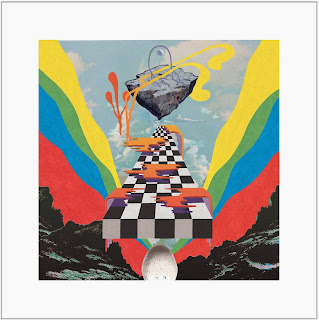 
I believe when I mentioned this album in my Top 10 Noise Rock Albums of 2013 post I stated, "Last week’s outline of my top 10 didn’t have Guerrilla Toss mentioned, and now they’re clocking in at number 4".  Now, only a few weeks later, Gay Disco is number 14 on my list of albums from 2013.  Why?  This album is contagious.

Guerrilla Toss were suggested to me back when Jeffery Johnson came out, and I wasn't a fan.  But, I am more than happy to admit I had undersold them.  Gay Disco is the album that disproves all the people (like myself) that doubted them.

While they were nice enough to post it to stream on there Bandcamp.  I suggest you purchase it and help these guys out.

Also, Guerrilla Toss, come back to Columbus.  I missed your show here a few years back and you have never returned. 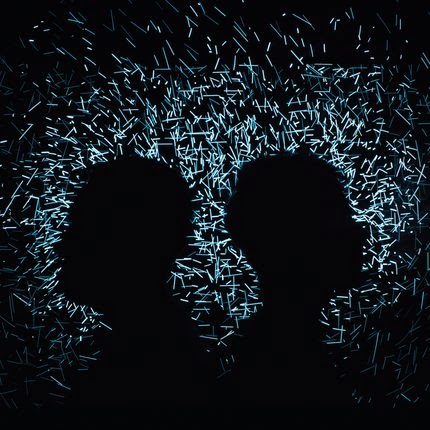 In my opinion Daft Punk really dropped the ball with their new album.  No, it wasn't terrible, it just was only okay.  Daft Punk have shown that they know how to Electro House and obviously, while cudos for trying something new, should return to that sound.

If you were disappointed as well, or just want to get some good French House (they aren't french though), Letherette is probably up your alley.  The sound on this album is just plain fun and I was kind of surprised when I found out this was released on ninja tune, as it is almost too fun for that label.

For a debut album, Letherette is a fantastic starting point.  It is much more tame than stuff you would find on Ed Banger Records (except maybe Strip Steve), and embodies more of the French House sound than the Electro House approach.

My only fear is that Letherette will pull a Clive Tanaka y su Orchestra and never make a followup.

Buy the album Here, and listen to a track from it Here. 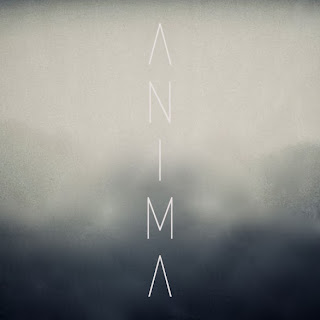 Anima is the debut album from ambient/drone artist K'an, AKA  Paolo Bellipanni.  Right from the start of Anima, I could tell by the chopped and static-laced sound that the album had potential.

This album and Saad- Orbs & Channels have both ended up being on in my car quite a bit recently; mainly because of how similar they are.  Both are just perfect for being played at high volumes in an enclosed environment.  While this album is a good listen through headphones, I find its expression really comes out when played very loud in a small space.  Tracks like "Arsons Beneath eclipsed Waters" and "In a River of Light You Carve Intersections of Darkness" remind me of feelings of grief, while others, like "In a River of Thorns You Mean the Path to Deliverance", remind me of stess and times of failure.

I say 'remind me', because the sounds on K'an leave the listener quite distant from the actual emotions.  Rather, during those tracks, I reflect on those feelings, but usually feel at peace.

This album is free on bandcamp at the moment, so go grab it Here.  And try to leave a couple bucks, that way we might see a physical release from K'an with his sophomore album. 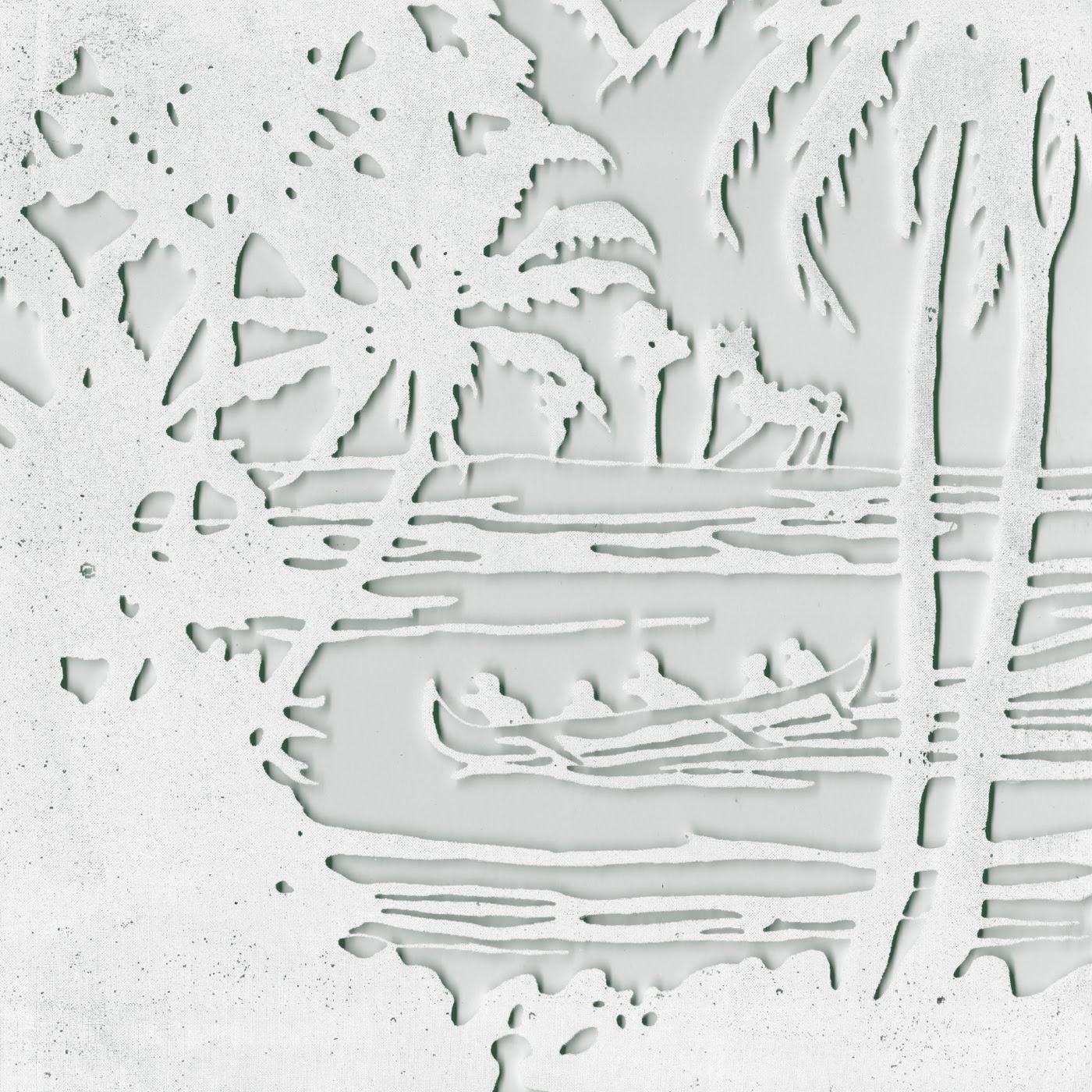 White Shadows in the South Seas doesnt have very ambitious beginnings, but nonetheless, once you have finished the album you will probably agree that it is a very ambitious album.  While the album starts with a small, light hearted loop, once the second track begins it is quite apparent that this album is not nearly as warm as it first seemed.

At first the field recordings of tropical wildlife feel very playful, however, as the album goes on the overall sound gets darker, as though nightfall is approaching.  By the time "The Ordeal" begins, Cooper has the listener placed in a dark and grim forest, with only strange foreign sounds.

Slowely, after this the instruements return and Hawaiian-styled- harmonies begin to overrun the electronic squeals and chirps of bugs.

For a guy in his 70's, Mike Cooper obviously still has quite a bit of inspiration left in him.  Buy the album Here, and preview it Here.